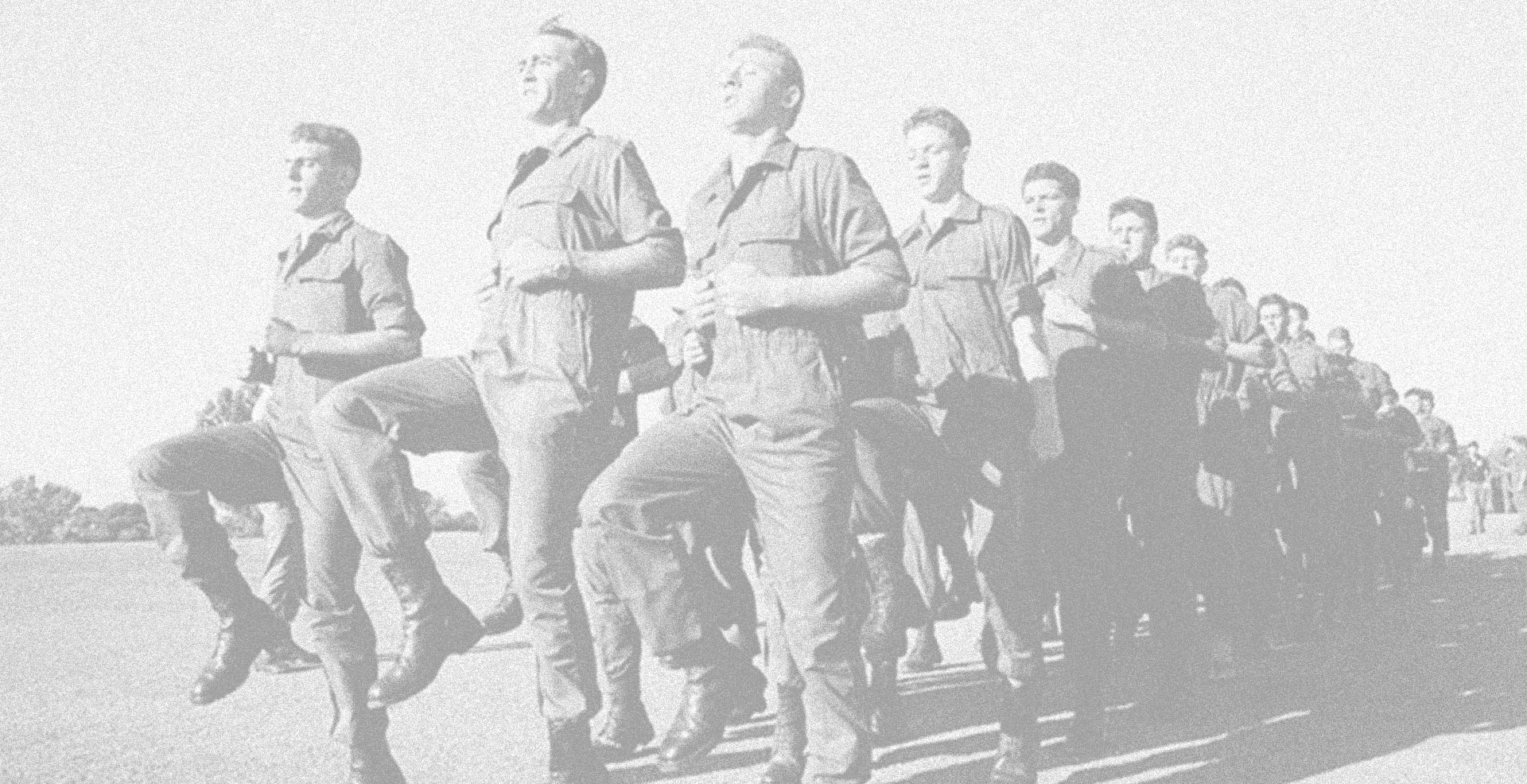 Paul Weinberg elaborates on his archive of photos, which will form part of the SAYING NO! exhibition, curated by Dr Stephen Symons:

“In 1980 I photographed PW Botha, then President of South Africa taking a salute during a military parade at the hallowed shrine of white supremacy, Voortrekker Monument. It was a symbol of the times and went on to be used numerously by the alternate press and anti-apartheid movements within and outside the country. I was not on any assignment, but my own. Six years earlier, I had been conscripted as a young white South African at the age of seventeen years and two months into the South African Infantry. I spent my last three months of that year on the Namibia/Angolan border. But I was lucky. I was fortunate to see no action, but at the same time, deeply aware of how us young conscriptees had been coerced to do the dirty work and be the cannon fodder for apartheid’s war in southern Africa and integrally part of its war machine internally. PW Botha not long before he became President, initiated in 1979, as Minister of Defense what he saw as the ‘Total Onslaught’. His rationale was loud and clear as he drummed up a war psychosis, “The resolution of the conflict in the times in which we now live demands inter-dependent and co-coordinated action in all fields: military, psychological, economic, political, sociological, technological, diplomatic, ideological, cultural, etcetera. We are today involved in a war whether we like it or not. It is therefore essential that a total national strategy (is) formulated at the highest level.”

More popularly understood as “Swart and Rooi Gevaar” (Black and Red Peril) they were short-cut references to the apartheid government’s determination to cling onto white minority rule, deny its black inhabitants the right to vote, participate in a democratic process and in this context, to declare war on the left and anti-apartheid forces which he and the ruling National Party, conveniently collapsed into ‘communist’ or ‘terrorist’. In reality South Africa was a military state, its bordering frontline countries, were part of a military zone and I was fighting back with my camera. It was a time of ‘us’ or ‘them’, the ‘struggle’ for liberation and a state of deep polarisation. ‘Militarisation’ was a personal theme of mine. I became a conscientious objector after my military service and handed in my rifle. I was a war resistor on the inside, and a photojournalist on the outside.

‘Militarisation’ was my default and perpetual assignment. I sought and documented it, wherever and however. These images are a visual narrative and an archive of the many projects I undertook ‘to shoot back’ with my camera. It was the least I could do and kept me sane in an insane society masked and glossed over by ever-present naked state propaganda. My presentation is the exposure of an extensive, buried, personal archive of photographs taken over a 10 year period, founded on my own survival against a traumatic and brutal military process, and spurred on by my very own catharsis to shoot back against a deeply oppressive military machine.”

SAYING NO! Copyright All Rights Reserved © 2019
Contact the "Saying No!" Project

We're not around right now. But you can send us an email and we'll get back to you, asap.